America's Sweethearts Of the Past

Over the years, there have been more than a few women that America has fallen in love with. Some of them have been officially labeled as 'America's Sweethearts', while others have just won our hearts, and the hearts of almost everyone else on the planet. These gals don't have to be from America to be loved by the good ol' U S of A, and as you'll come to see we're equal opportunity lovers.

From actresses who were all over the silver screen in the Golden Age of Hollywood, to beautiful Vaudevillians and babes of the 1980s, there's a sweetheart on here for you. Let's take a look at some of America's most loved women!

Mary Pickford Was A Multi-Continent Sweetheart Ironically, America's very first sweetheart wasn't even American-born. Silent-actress Mary Pickford, who was born in Canada, became an international superstar by 1914. The actress went on to become not just America's sweetheart, but also Japan's, Canada's, France's and the United Kingdom's sweetheart.

Throughout her career Pickford appeared in 52 films, sometimes as a girl like she did in Pollyanna and The Poor Little Rich Girl, but in the last 20 years of her career she produced and starred in The Taming of the Shrew before moving onto just being a producer, talk about upward mobility. 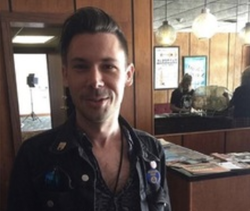